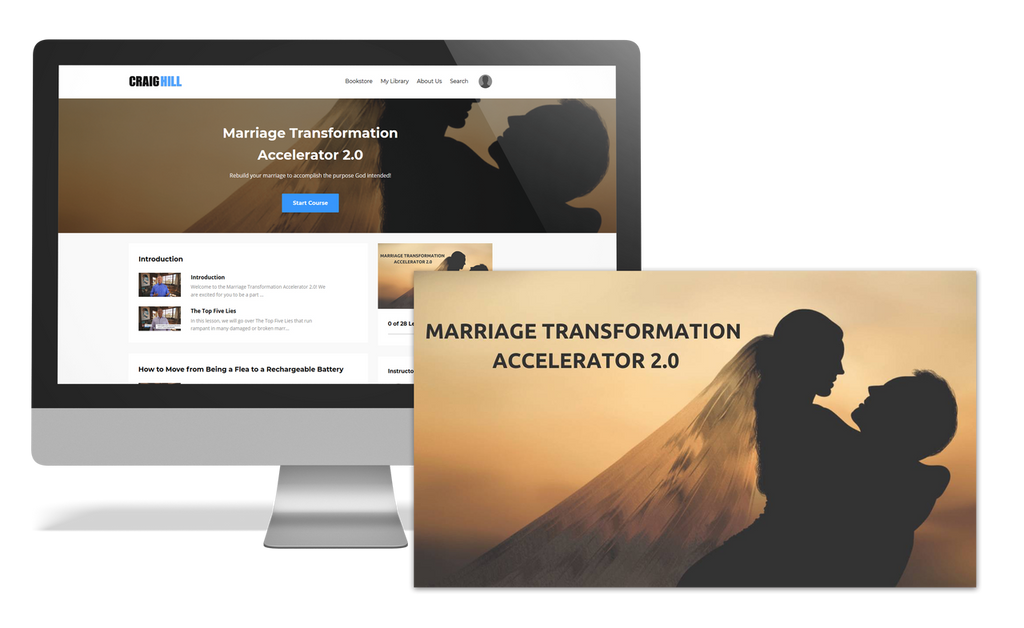 Rebuild your marriage to accomplish the purpose God intended with this twenty-eight part online course!

Jan and I struggled in our marriage relationship for the first seven years...

Marriage had become more of an endurance contest rather than the joy-filled, fulfilling relationship we had both thought we had signed up for on our wedding day.
We were both Christians, loved the Lord, loved each other, and had a common purpose and mission, but apparently we were missing something.
After seven years of struggle, God opened our eyes to four critical components of marriage that completely transformed our lives and our experience of marriage!
We learned how to eliminate the #1 cause of conflict for most married couples.
You will learn in this course these same four critical components that changed our marriage from a relationship of toleration to one of truly enjoying each other's presence and fulfilling an exciting calling and destiny together.
The principles contained in this course have literally transformed the marriages of thousands of couples around the world.
We get back testimonies every week of couples who were already separated or on the verge of divorce whose relationship was transformed and marriage was saved when they understood and implemented these simple principles.
We also get back many testimonies from couples who thought they had a good marriage, that later told us, "We didn't know what we didn't know."
- "We had no idea we were missing so much until we learned from this course what a great marriage relationship could really be like."
Don't settle for anything less than a great marriage, fulfilling together the calling and destiny God planned for you as a couple.
Current stock: 0
Reviews

Be the first to review this product.

Create an account with us and you'll be able to:

Fill in your email below to request a new password. An email will be sent to the address below containing a link to verify your email address.